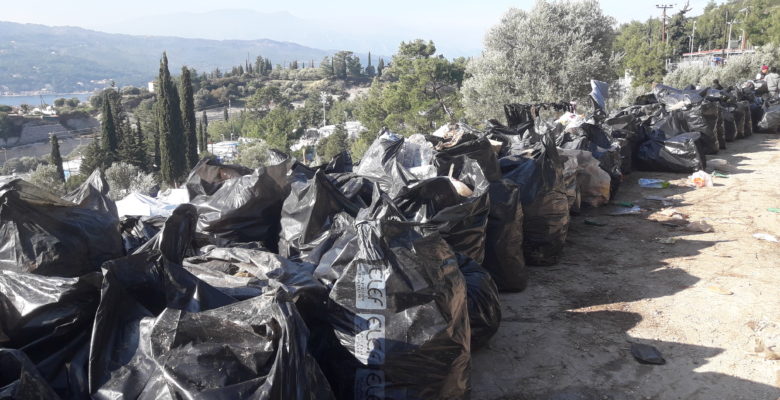 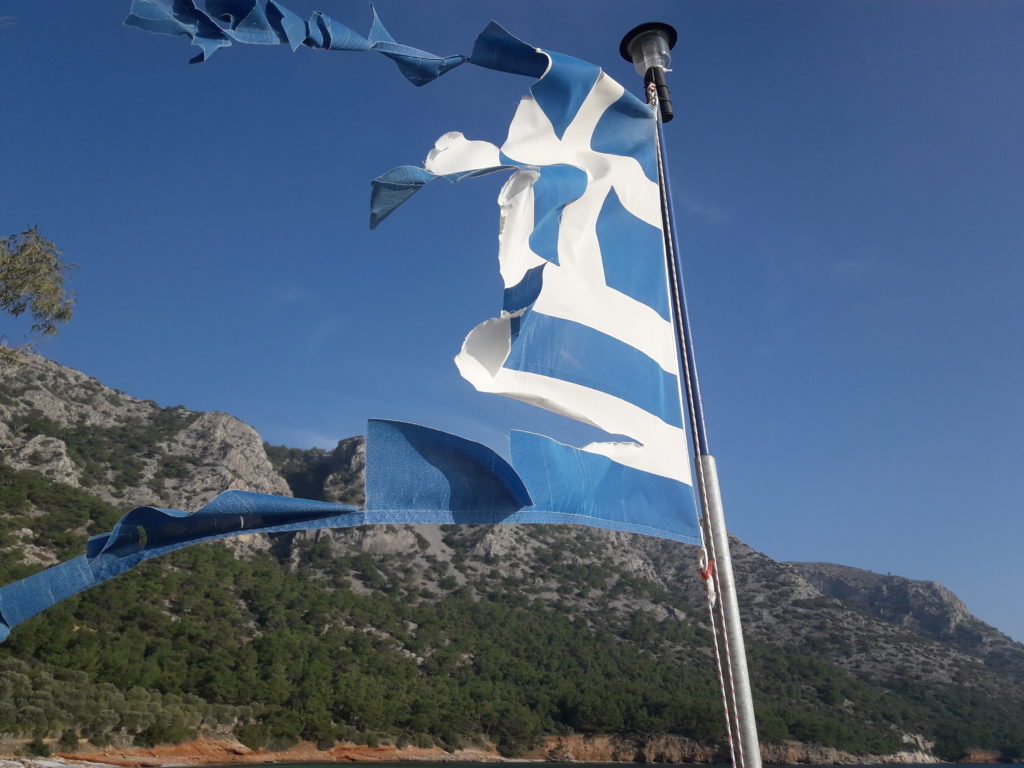 I love my family, but most of the best Christmases I’ve ever spent have been without them, usually overseas, doing something I never expected to be doing. You get my drift. Right now I’m working with Samos Volunteers, on the island of Samos, that lies close to the coast of Turkey. Which explains the number of refugees arriving here by boat from Turkey almost every day. The photo above is one of the landing points, a pretty little beach of pebbles at the bottom of a very steep hill overlooking cliffs.

Smugglers in Turkey charge refugees – and economic migrants – from $500 to $1000 per person for the crossing, which for a non-refugee costs €35. The crossing can take anything from 3 – 7 hours: I’ve met individual refugees who tell me they’ve swum from Turkey to Samos. I can’t verify this: but I can tell you the whiff of desperation amongst the refugees here, and stories of what individuals have endured that are verified, make you want to howl.

Whose fault is this? Aside from the global political tide turning against refugees, and the EU Trust Fund pumping millions of Euros into the Sahel to stem the flow of migrants, based on fear of extremist ‘Jihadis’ migrating via Libya, the Greek government has also been roundly criticised for its sluggish response, especially its Ministry of Defence, accused of withholding funds designated for refugees. I see the results of these every day in front of me: uncollected rubbish festering all around the camp – along with barely functioning toilets, lack of clean drinking water, basic sanitation including water for people to wash with (never mind women menstruating or injured and disabled people), and virtually no psychological services for many deeply traumatised people, including women who have been raped on their journeys here, and in and around the camp itself. There is one sole psychologist working at the camp. It is December 27th and refugees are walking round Samos Town in flip-flops because, they lost their shoes on the boats.

I can’t apologise for the depressing tone of this blog: this is the reality of refugee policy at  human level. So far in my stay here I’ve met refugees, and some migrants, from Congo (DRC), Iraq, Afghanistan, Syria, Mali, Gaza, Eritrea, Iran, Cameroon, Guinea, Pakistan, Uganda, Sierra Leone, Ghana, Lebanon, Kurdistan, Nepal, Kuwait and Somalia. Each person has their own story, some are migrating from poverty, others fleeing death threats, or ISIS.

A few have been arrested whilst in Samos, and imprisoned, having signed forms in Greek they didn’t understand at all. It’s hard to convey the intensity of working here, the satisfaction of being part of a wonderful, but limited, humanitarian response, the emotions of hearing details of stories you cannot un-know afterwards, and the conflict of how you tell people here how hard it is to get from here to where they really want to go.

The unfortunate truth is that refugees arrive here faster than they are transferred to the mainland by UNHCR. So numbers in the camp keep growing. Refugees and migrants will continue arriving here, for many different reasons, including tyrants in countries like Cameroon (where the President, now in his 37th year of office, is guilty of horrific human rights abuses), smouldering long term conflicts (AKA Syria, Afghanistan and Iraq) and long-term poverty and lack of employment (like Mali). My own opinion is that most people who arrive here have a bit of money (it’s very difficult to get here without some money), and a few have quite a bit of money. By the time they leave, for most their money has run out.

Just two days ago, I was at the Samos ferry terminal saying goodbye to several people who been working as Community Volunteers at our resource centre, and who were being transferred to Athens by UNHCR. As we waved them off on the quayside, I watched them and other individuals and families walking towards the huge ferryboat carrying suitcases and black bin-bags (or refuse sacks) of belongings. Most of them will be transferred to hotels with decent facilities on the mainland, but which are 3 hours outside Athens. And there they stay until the next step of their asylum process. Their lives suspended again.

These refugee policies have to change, not only because there’s so bloody unjust, also because they’re so bloody ineffective. Two years ago, the first time I travelled to Samos, there were 1,200 refugees in the sole refugee camp here. Now there are 4,500 and people arriving every couple of days. And the death toll is rising: proportionally, more people are dying en route to Greece than back in 2015, because they are taking more risks.

Just before I came back to Samos, I did some fundraising and raised £1500, for Samos Volunteers. It is a drop in the ocean, but looking around me every morning, it’s amazing what a drop can do. Have a look at our website: Happy New Year from here!