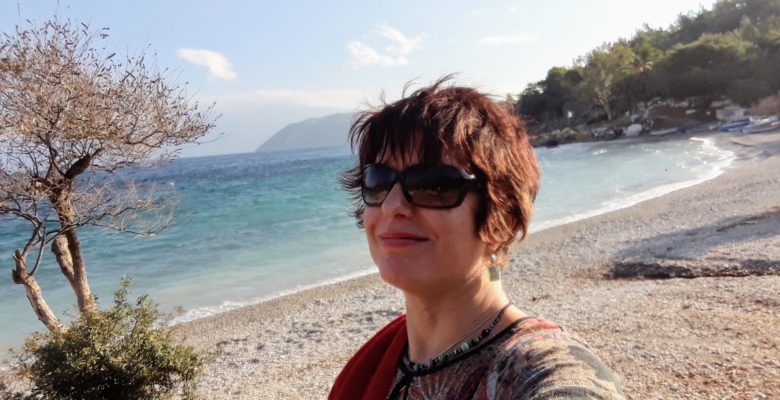 I’ve always been restless, curious, a wanderer thirsty for unseen landscapes, a stravaiger (one who takes a long stroll). I can remember being mesmerised by the tatty secondary school atlas, with its vast uncovered spaces in Central Asia. For me it was never a question of if I would travel, just when.  Over the years my journeys have taken me from Central Asia to the Balkans, Gaza, Burma, the Central African Republic (CAR), then Mali and, more recently, Senegal. I’ve survived bad times, like a bloody coup in Bangui, and near-fatal cerebral malaria in Senegal, rocked good times, like a sweaty rock concert in Yangon with Iron Cross, Burma’s premier rock band, and I’ve blogged about my reflections in situ. I’ve spent most of the last seven years in central and West Africa, working with refugees, people forcibly displaced by military conflicts, and communities in environments wracked by armed violence. Now, suddenly I find myself back in the UK, working as a conflict advisor. And stuck at home in Brighton, as you are probably stuck at home too, wherever you are, because of COVID-19.

Let’s re-wind quite a way, to the beginning of these journeys that have taken up more than half my life. Back in the mid-90s I moved from London to Mongolia pretty much on a whim, and liked it so much – apart from the terrible food (fatty meat, flour, black tea with butter and gut-rot vodka) that I stayed there almost three years. I worked as a freelance BBC radio correspondent, and honestly loved the Capital Ulaan-Baatar, coldest capital city on earth. It was rough and raucous and when we hit the road, it was long and wild, the sense of space astounding to my heart. After two full years in UB, I finally moved to a remote village called Tsengel in the western Mongolian Mountains, and made my home in a yurt. It was bloody hard work, lonely, and, sometimes utterly magical. My first book, Hearing Birds Fly, based on my time in the village, won the inaugural Royal Society of Literature Ondaatje Prize in 2004 for “the book that most evokes the spirit of a particular place”.

I used much of the prize money to research my second book, Selling Olga, an investigation into human trafficking across Europe, that was published in 2006. By then I was living in Edinburgh Scotland, a landscape I have loved ever since, and frequently return to. I worked in a Rape Crisis Centre and as a mental health outreach worker. I was very happy. But when I met the Palestinian writer Raja Shehadeh, he suggested I could work in the Palestinian West Bank. So I did. From the city of Ramallah, I moved to Gaza City and worked with a Palestinian human rights organisation (phcrgaza.org). I studied Arabic, and made friends for life with Gazans from different backgrounds, many of whom I am happily still in touch with. My third book, Meet Me in Gaza, tells stories of ordinary life inside Gaza rarely published in the press: beach life, salty jokes, visits to the ancient Hammam, the fabulous lingerie market, the vivid textures of daily life inside the Strip. And the turbulent, violent, poignant history of Gaza herself, one of the oldest continually inhabited cities on earth.

I left Gaza in 2009, exhausted and needing some rest. I returned to Scotland for a few years, traveling to the far North and the Outer Hebrides, where the light is sublime and I could relish being a stravaiger. Then, inspired by the work of War Child, I travelled to the Central African Republic (CAR) in the summer of 2013, just a few months after the country was throttled by a takeover from the Seleka, a militant alliance including Chadian mercenaries that seized control of CAR. I spent 6 months based in the riverside capital, Bangui, traveling across much of the country by motorbike (or with monks, nuns and NGO workers) investigating the humanitarian situation. Living and traveling in CAR was intense, exhausting, and life-affirming. When I finally ran out of money and was forced to return to Tory infested, rain-soaked England, I immediately searched for a job back in Bangui.

A few months later, I was offered a position with a wonderful, creative peacebuilding NGO, Conciliation Resources as their Central African Republic (CAR) project manager. I returned to Bangui for two years, to manage a national peace-building project. I love peace-building because it is not about distributing cash or food, but personal, communal and national transformation from the inside. It is essentially the laying of radical foundations for trust, regeneration and reclaiming of space on all levels.

When the project in CAR eventually came to an end, I took a few months off, to re-assess my life. I spent time re-learning Arabic in Lebanon, and volunteering on the Greek isle of Samos in a camp for refugees from Afghanistan, Iraq and Syria and other violated countries. I cannot speak highly enough of Samos Volunteers, entirely run by unpaid volunteers, with a capacity to respond quickly and effectively that puts many major International organisations to shame. The sole camp in Samos, originally built on a steep hillside for some 500 Greek military, has almost 8,000 asylum seekers living in filthy conditions, including several thousands outside of the camp itself, in a shanty-town called ‘the jungle.’

I was then recruited to manage a peacebuilding program in Mali, and moved to Bamako: home to lilting music and other cultural richnesses, spicy rice, appalling traffic, papayas, watermelons and a political landscape so complex I had to stay for two years just to figure it out! My work included supporting communities in Timbuktu. I was able to see the fabled Ahmed Baba Institute, where sacred manuscripts are still stored, and the small city centre that has somehow endured its rapacious history, and cultivated its own mythology. Mali is a fierce country with many problems, including many competing and questionable international agendas fixated on jihadis and counter-terrorism. I eventually left Bamako, pessimistic about its future, and determined to continue working in building peace. Because without peace, violence becomes the only norm.

Since then, I have spent some time working in Senegal, and now find myself back ‘home’ in England. I write this blog based on my personal experiences and insights, plus other vignettes that move, outrage or amuse me. I love my life in all its flowing, messy and unpredictable beauty. I am currently based in sunny Brighton, and working from home, as you probably are. As these courageous NHS workers have now begged us, please stay at home.