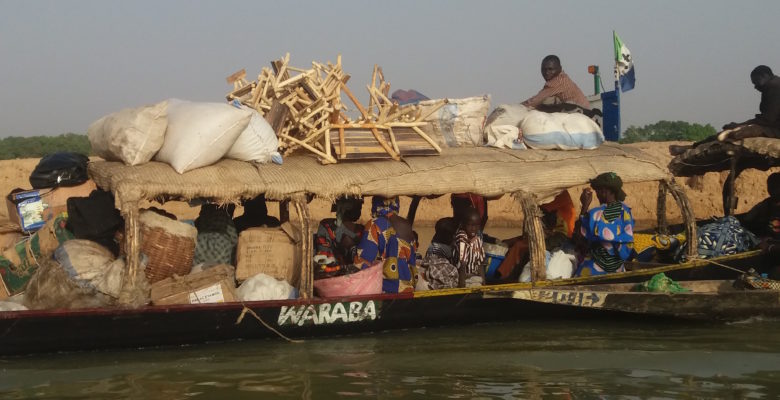 Heat does amazing things to your body and brain. As Bamako basks (or boils) at over 41°c degrees (that’s 106 fahrenheit for the rest of us) I now think of cold liquids (water, beer, water, water, gin, water) all the time. Sweat pearls down my neck all day, my pee is almost orange and when I lie down to sleep, my bed feels like it already has a giant hot water bottle inside the mattress. This is life in Mali for the next month until la benediction of the rainy season, begins. The temperature might reach beyond 55 shades of burnished heat. When rain does fall I will dance in the raindrops, hold my face to the sky and laugh like a lion.

I’ve just returned from central Mali, the city of Mopti to be precise, where I was training security forces in conflict analysis with my wonderful team. It was intense, challenging and exhausting, especially as this is the first time I’ve trained soldiers and law enforcement officers, women and men. The trick is conveying the layers of analysis necessary to ‘read’ security situations that are so fluid they can change within hours. For the moment Mopti itself is calm, though beyond the city, communities are literally terrorized by armed groups. These are not all the infamous Jihadis stalking central and northern Mali: they include multiple other ‘actors,’ including young men who feel abandoned by the state – which they effectively have been – plus conflicts that have been festering for generations, over land use between Pheul herders and local farmers, who are mainly but not all ethnically Bambara. There are local land conventions dividing land use between herders and farmers, but communities say these are not applied, so herders and farmers now compete for these resources in often violent confrontations.

There also violent power struggles between Pheul communities themselves (who are used to be being armed as they often have to defend themselves) and these are in turn exploited by armed groups for their own ends. In addition, multiple armed groups, some very small, and not all even identified, merge and separate, build and trash alliances between themselves. Conflict analysis in Mali is complex because there are many different strands of conflict interwoven into this national context, plus the regional dynamics of Algeria and Mauritania. Believe me, this is not all about AQMI (Al Qaeda in the Islamic Mahgreb) at all.

The heat in Mopti was staggering: the legendary Harmattan gritted us with dust and coated our throats. So it was a relief to wander at late afternoon when the air had cooled just a little. In fact, the highlight of my whole Mopti visit was passing by the River Niger and seeing the local traffic – see above for one of my snapshots. Our return flight to Bamako, in a small UN plane (think of an 18 seater box in the sky) was almost cancelled because visibility was so low. I kind of wish it had been! Most of the passengers applauded when we crashed, sorry, bumped down in in Bamako – it was a plunging descent. I felt like I’d left my stomach, or what was left of it, up in the clouds.

Meanwhile, in Timbuktu there are new tensions, with a new alliance of several armed groups now calling themselves Jamaat al-Nusra Il-Islam. They have a hardline Jihadist agenda, are violently opposed to the new interim authorities governing the region until full elections can be held across Mali and have claimed responsibility for several recent attacks.  They shelled Timbuktu’s small airport on 3 May, killing a UN peacekeeper, and launched another mortar in the vicinity of the airport again last week. They claim to be taking on all countries with foreign troops based in Mali. This won’t stop me going to Timbuktu again very soon – but it does render daily life even harder for communities there, including isolated fishing communities based on small islands in the River Niger. Heat comes in many different shades. As Le Macron will see for himself when he lands here for his flash-visit to Goa, in North Mali where the majority of French Barkhane troops are based.

But this is no France -Mali state visit: Macron is not flying onto Bamako to greet President Ibrahim Boubacar Keita and his elected Government. President Keita is instead obliged to hurry on up to Gao to salute Macron, who will then streak straight back to the Elysee Palace on his private jet, job done. Power shifts and security rises and falls across Mali and right now there are numerous ‘actors’ vying for power, especially as the Malian Presidential elections loom just eighteen months ahead. Violent political positioning has begun at all levels. 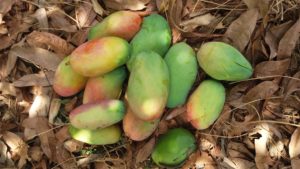 To end on a more sumptuous, sunny note, savour this luscious photo of luscious mangoes I picked with one of my Malian friends on his beautiful plantation just outside Bamako a couple of weeks ago. By the end of the morning I was filthy, sweaty and starving – and very happy indeed. Who would not be with this richesse? You can almost smell them from the page, n’est pas?  This is one of the things I love about Mali, and why, for now, I am staying put.