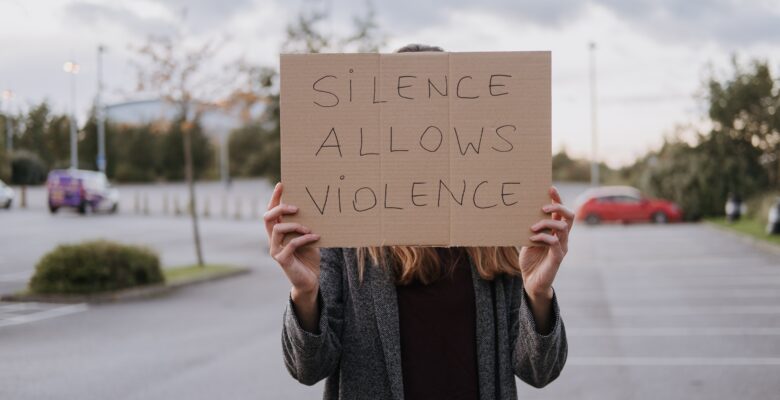 Since Sarah Everard was murdered in Kent earlier this month, at least six more women and a young girl, have been killed by men in the UK. I listen to Radio 4 presenters earnestly discussing “women’s safety” and wonder why are they focusing our gaze on women? Excuse me earnest presenters, you are missing the point here. This is not about women’s safety, or even “violence against women”.

This is about hatred.

A man can’t harass, stalk, threaten, kidnap, beat, rape or kill any woman unless he hates her, and all of us. Talking about women’s safety and violence against women doesn’t confront men’s violence to women. It quite literally covers their crimes. As the activist Eve Ensler puts it, “we women don’t rape ourselves.”

A very recent example of what we’re up against: a 25-year old year old male off-duty policeman has just been convicted of attacking a woman in the midlands. She was walking home alone when he grabbed her by the neck and tried to throw her to the ground. As she fled, he shouted “fucking slag” after her.

Meanwhile, thirteen Metropolitan police officers are under investigation over inappropriate photographs of Bibaa Henry and Nicole Smallman. The sisters were murdered in a London park on the night of June 6th last year.

It needs to be said that the killing of these two women of colour, allegedly by a teenage male, and the conduct of police officers afterwards, did not ignite the same levels of public outrage about their murders, or about how the police apparently treated them when they were dead.

Ninety seven percent of women in Britain have experienced sexual harassment. This is not a case of a minority of men being creepy, and predatory. If almost every woman in this country has been sexually harassed, the scale is way beyond the capabilities of a small minority of predators racing up and down the country. This is mainstream misogyny by men that most of us know.

Men, We need you to speak out about men’s violence to women, and children. And to other men.

A minority of men do already speak out. Like Jackson Katz (he’s an American activist) who runs the Mentors in Violence Prevention programme and works with, amongst others, the US army. “For decades, there has been a lack of male voices speaking up against violence against women” he says. “Violence against women is a men’s issue”.

One of my speaking-up man heroes here in Britain is former chief crown prosecutor Nazir Afzal . Five years ago he tried to launch a million man march to address violence against women. He received just 52 sign-ups.

“Hate is learned behaviour” he says. “You don’t learn things until people teach you. We can’t say “Oh he’s just like that” … misogyny is the earliest prejudice.” Nazir says he’s lost male friends, because he wouldn’t condone their control over and violence towards women and children in their lives.

One of the reasons I am fired up about this is that I used to work in a rape crisis centre. For two years I supported women who had survived immense cruelty, including teenagers who had been sexually abused for years. Yes, that’s right. Years that caused horrible internal wounds, mental scars and gouged their future dreams.

I did not ever hear a woman who came to the centre describe rape as a sexual crime. Only ever as an enraged act of hatred towards her. The desire to hurt her because she was female.

Once, a young survivor gave me a tiny clay angel. “Thank you for being the first person who ever listened to me, and made me feel heard” she said. I still have the angel on my shelf at home. I call her Pam, and she reminds me of the best work I think I’ve ever done.

Sarah Everard’s murder has reignited ferocious conversations about about men’s violence in our homes, our beds and in our public spaces. A good friend of mine points out that a third of victims of domestic violence are men. He wonders why this is talked about so little. It’s a good question.

Domestic violence (which is not an area I work in) includes parents violating children, multi-generational violence and women violating their male and female partners. We do make assumptions that it’s all about men beating women. I have met men who have been abused by their female partners. We need to get our heads around this inconvenient truth(here is a link to a support website). I mention this because I don’t want to ignore it.

At the same time, we need to confront the fact that the overwhelming majority of violence is committed by men, against women and children, and against other men.

Other men’s violence against women, men and children of colour needs to be called out and shouted down just as loudly. Otherwise we have no chance of breaking the links between power and the sense of entitlement so many men weaponise against us, and still don’t expect to be called out.

Is romance still alive - or has it been asphyxiated by these dark viral days? What's the difference …

END_OF_DOCUMENT_TOKEN_TO_BE_REPLACED

Retweet on TwitterLouisa B 🌍🌴🔥 Retweeted

Over 200 people got arrested today across #Belarus for waking out on the streets during Freedom Day. That’s 200 people who will be facing jail sentences only for being citizens of #Belarus. We hope we shall live to see the day when our country becomes free.

This is the bloodiest day since Feb 1 coup in Mynamar. For its Armed Forces Day, the junta celebrated the only way it knows how, by massacring 91 unarmed civilians, including children. This is war against its own people.

Friends, please do not look away.
#WhatsHappeningInMyanmar